An (Informal) Opinion on Legal Opinions 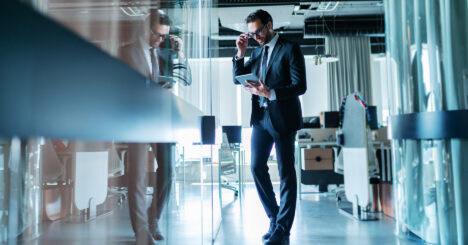 While judicial opinions are familiar to many, another type of legal opinion, given by law firms, is a niche area of transactional legal practice, usually appearing in the debt or equity financing (both public and private offerings) context, with rare application in M&A (mergers and acquisitions) and other corporate practices. In the transactional context, a legal opinion, or colloquially, an “opinion,” combines analyses of facts and law to present certain legal conclusions regarding specific aspects of a transaction. Such conclusions are confined or limited by certain assumptions, exclusions, and qualifications. Predominantly for the comfort and due diligence of the requesting party, such as a lender in a financing transaction, a legal opinion is given in the form of a letter from the law firm representing the borrower and addressed to the lender. Where required, legal opinions are a prerequisite to closing a transaction. However, depending on their role in a transaction, most non-attorney parties, and even certain participating attorneys, are often not part of the opinion-giving process because opinion counsel will work directly with each other on the opinion. In this feature, we pull back the curtain a little to offer insight into our firm’s transactional legal opinion practice, observations on broader state trends, and practical tips for facilitating the preparation of legal opinions.

As the largest full-service Hawai‘i law firm, Cades Schutte has the privilege of working on transactions of all varieties, a number of which have a legal opinion component. Despite there being only a handful of publicly listed companies operating in Hawai‘i, Cades Schutte has been asked to provide opinions relating to bond offerings or public company matters under the Securities Act of 1933. Often, we are also asked to opine on matters relating to financings of a non-Hawai‘i parent company, where the wholly-owned local subsidiary is a guarantor or pledgor of certain assets in support of its parent’s financing. And most commonly, we provide Hawai‘i legal opinion support for real estate financings, where the mortgagor, the property mortgaged as collateral, or both, are located in Hawai‘i. In addition to giving legal opinions, we regularly review and negotiate opinions on behalf of clients, such as lenders, on the types of transactions mentioned above, with a focus on real estate and corporate financings.

Two canons of established opinion literature serve as the basis for the opinion letters issued or reviewed by our firm. The first canon is the Real Estate Finance Opinion Report, which was prepared by an American Bar Association joint drafting committee in 2012 (ABA Opinion Report). The second canon is the Local Counsel Opinion Letters in Real Estate Financing Transactions, which supplemented the ABA Opinion Report (2016 Local Counsel Report). Both the ABA Opinion Report and the 2016 Local Counsel Report comment on, and provide forms and explanations of, customary opinions on the authorization of a borrower or guarantor entity to enter into a transaction, the enforceability of the transaction documents against such entity, and the perfection of liens on collateral given by such entity, among others. The 2016 Local Counsel Report provides language and guidance with respect to additional opinions applicable to local counsel. Adhering to these two reports allows us to deliver and negotiate legal opinions that are consistent with established practice and facilitate the closing of transactions.

At many Hawai‘i firms, including Cades Schutte, the legal opinion practice is a collaborative, though firm-specific, one. Each firm typically has its own “Opinion Committee,” whether formal or informal, that is comprised of one or more attorneys with specialized expertise on legal opinions who work with their transactional colleagues when deals require a legal opinion. We have noticed that, notwithstanding the specific guidance and language of the ABA Opinion Report and the 2016 Local Counsel Report, many Hawai‘i firms continue to use their own forms of opinion letters. While the assumptions, opinions, and limitations contained in most opinions we have received echo the language of the Reports or an alternative approach called the Legal Opinion Accord, as with legal practice generally, the process of giving and reviewing legal opinions remains more art than mathematical proof. Experienced opinion counsel can provide much assistance in negotiating the opinion with opposing counsel and guiding this aspect of the deal to completion.

The opinions that are appropriate for a given transaction are dictated by, among other factors, the parties and the underlying transaction’s structure and governing law. Lenders in transactions with unusual collateral, high dollar values, or complex borrower entity structures often require legal opinions. In financing deals where, for example, all of the financing documents may be governed by non-Hawai‘i law (e.g., New York law), or the entities to be opined on are organized in a state other than Hawai‘i (e.g., Delaware), the opinions that local Hawai‘i counsel can provide are limited, since Hawai‘i counsel is generally not qualified to practice in other states such as New York or Delaware. The “Golden Rule” of legal opinions, paraphrased candidly, is: if you wouldn’t give it, don’t ask for it.

Finally, the preparation of a legal opinion involves detailed review and requests of documents and information from clients. The following suggestions on document and record maintenance for borrower and guarantor entities can help clients save time and cost on opinions: